Retail marketing agencies and their clients, including brand managers and their employees.

Phy Platform was built as a unique CMS to give marketers contextual remote control of content for their inbound proximity campaigns that use QR codes, NFC tags, web links, and Bluetooth beacons.

Starting with Bluetooth Low Energy beacons that used Apple's proximity marketing tech, I was asked to design functions within mobile apps that would trigger an action when the phone was in proximity of a beacon. The Phy Platform allowed campaign managers to add, edit, or remove content the users would see. After adopting Google's Physical Web tech, the actions evolved to include more active engagement that required users to seek nearby beacon signals, scan QR codes, or tap NFC tags. However, the platform needs were still focused on the remote control of the content associated with each.

I led the product development team, creating patented management tools that enabled content creation, image previews, scheduling, and detailed insights for each interaction. In addition to the UX, I also designed the UI with modular elements so developers would not need to ask for a new design whenever a new change was needed. 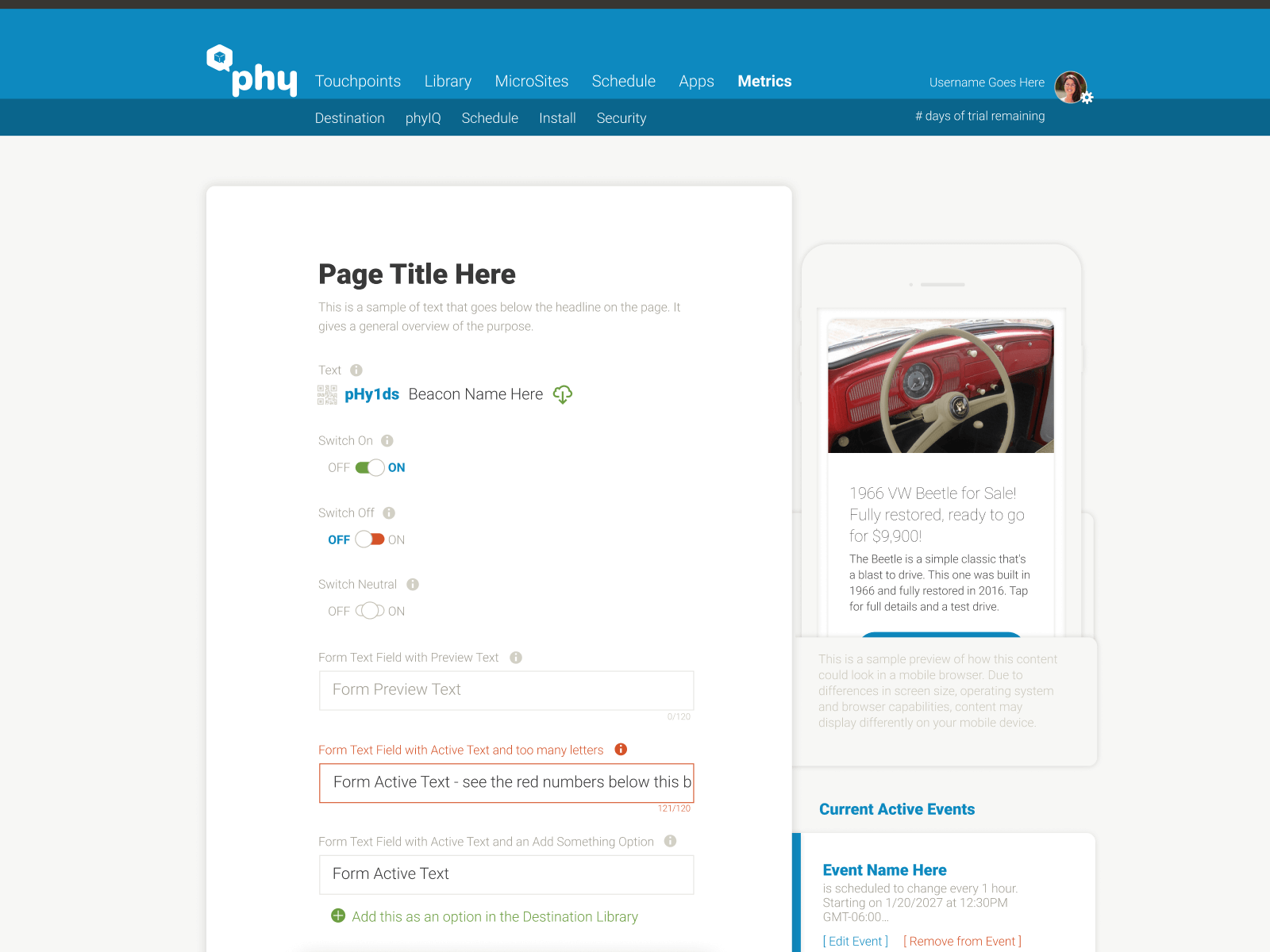 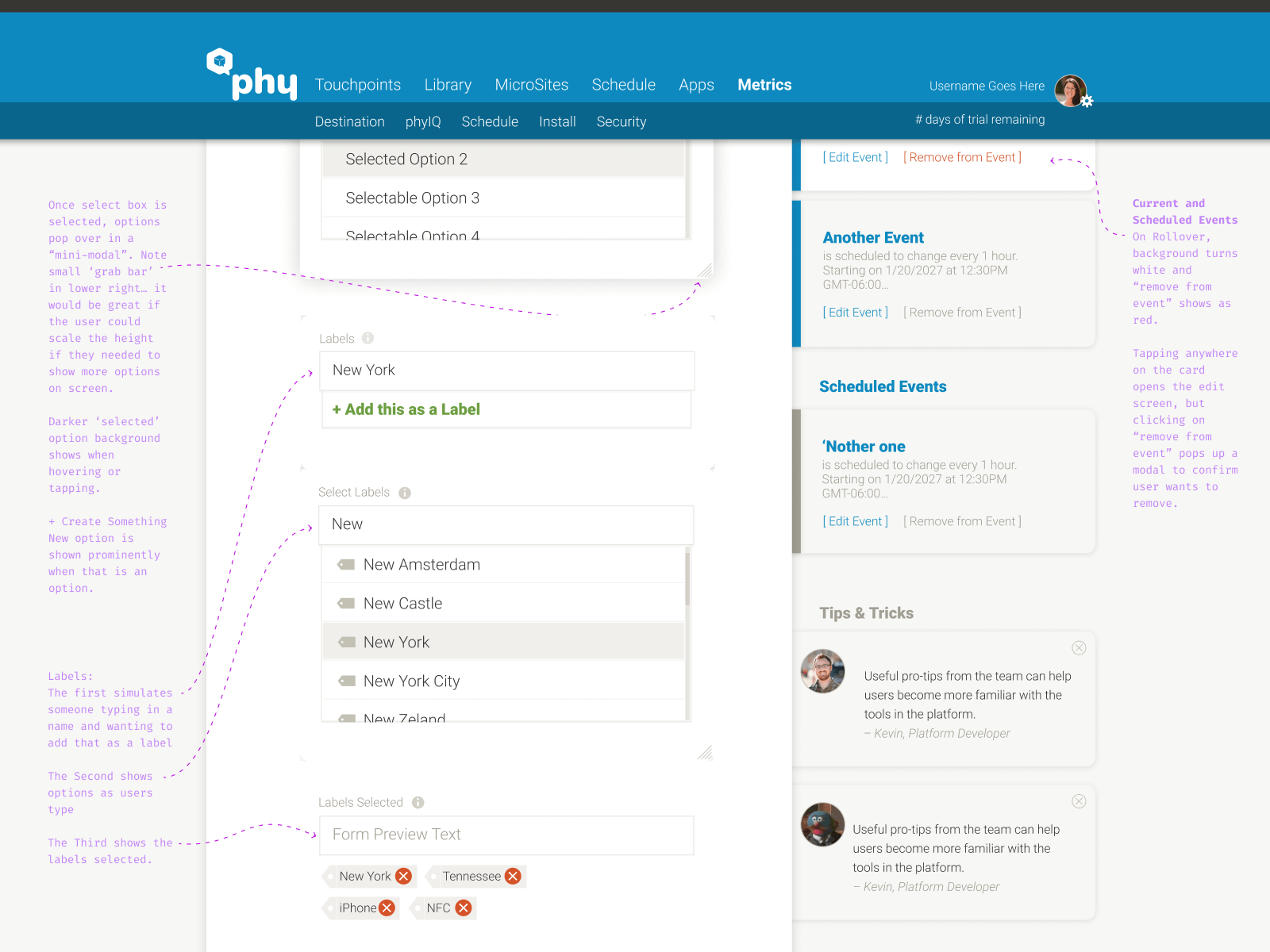 In this view, you can see some of my messages to developers that note certain functions. 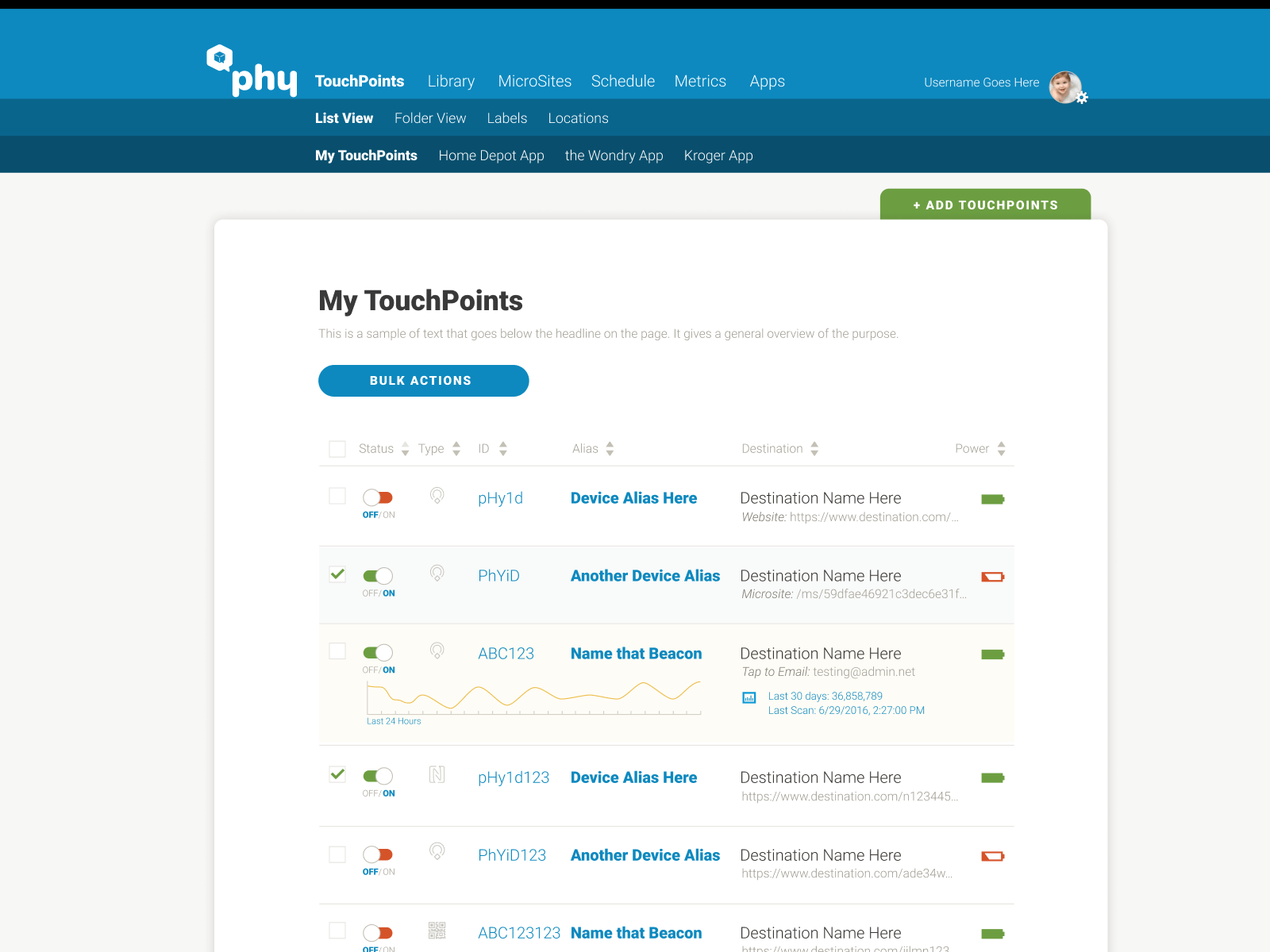 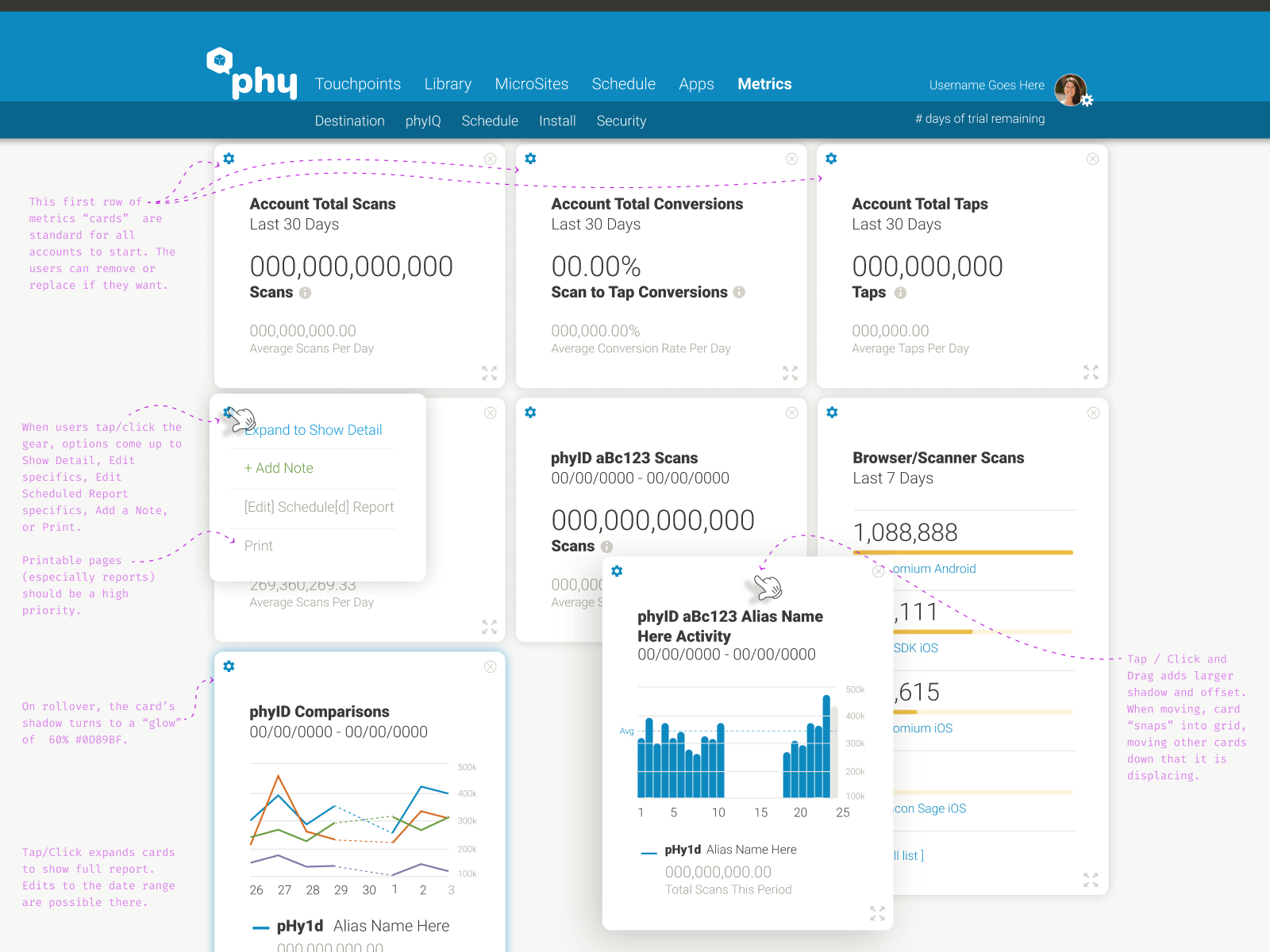 Phy Platform UX - Metrics
‍To measure a campaign's effectiveness, we made it easy for administrators to count scans (or impressions) and taps. Similar to web stats, scans are similar to page views, and taps are equivalent to clicks. 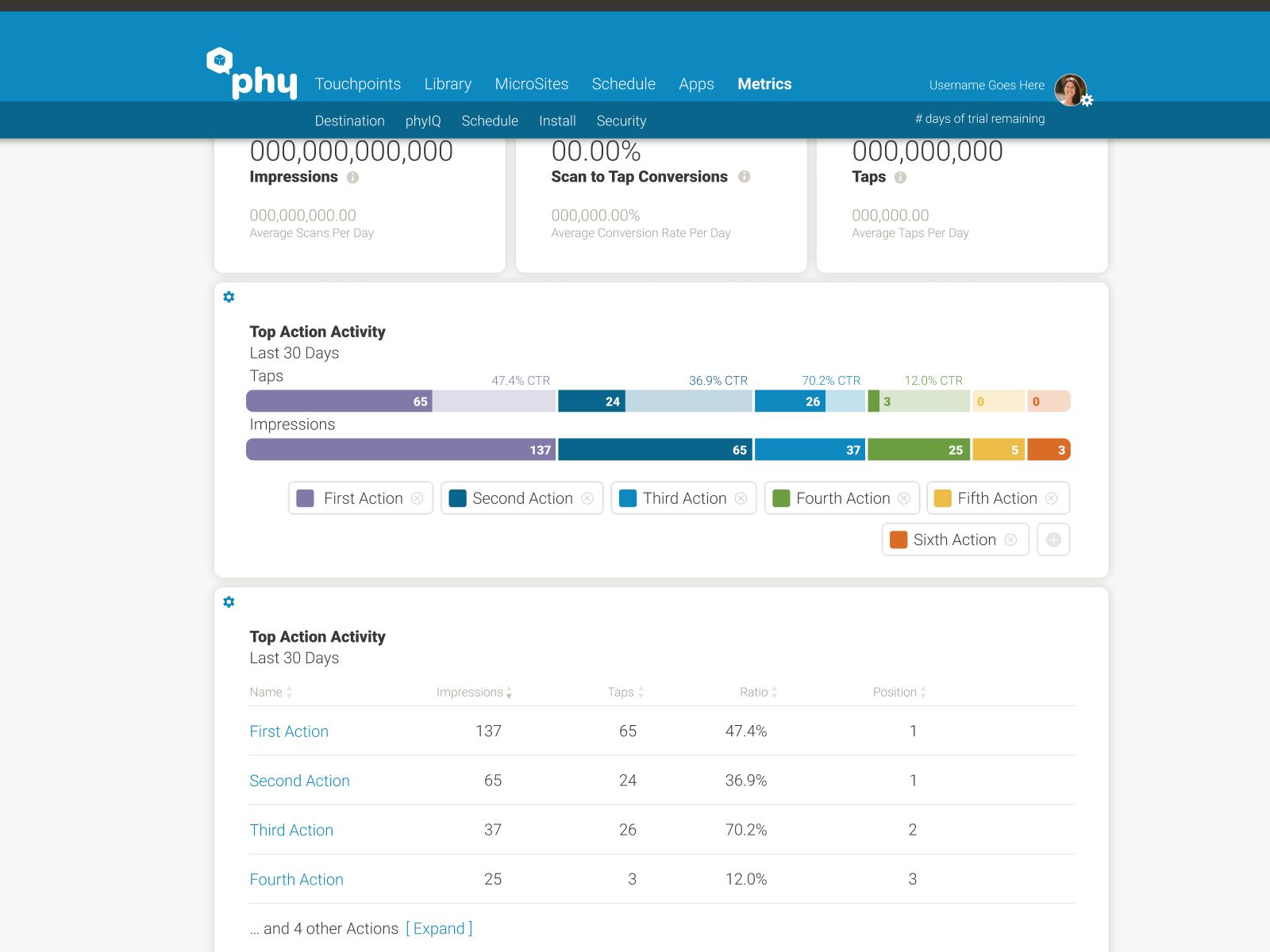 Phy Platform UX - Metrics - Activity
Again, similar to web stats, the percentage of clicks to scans (or impressions), we could provide click-through rates, as well as how active that particular user was in a given session. 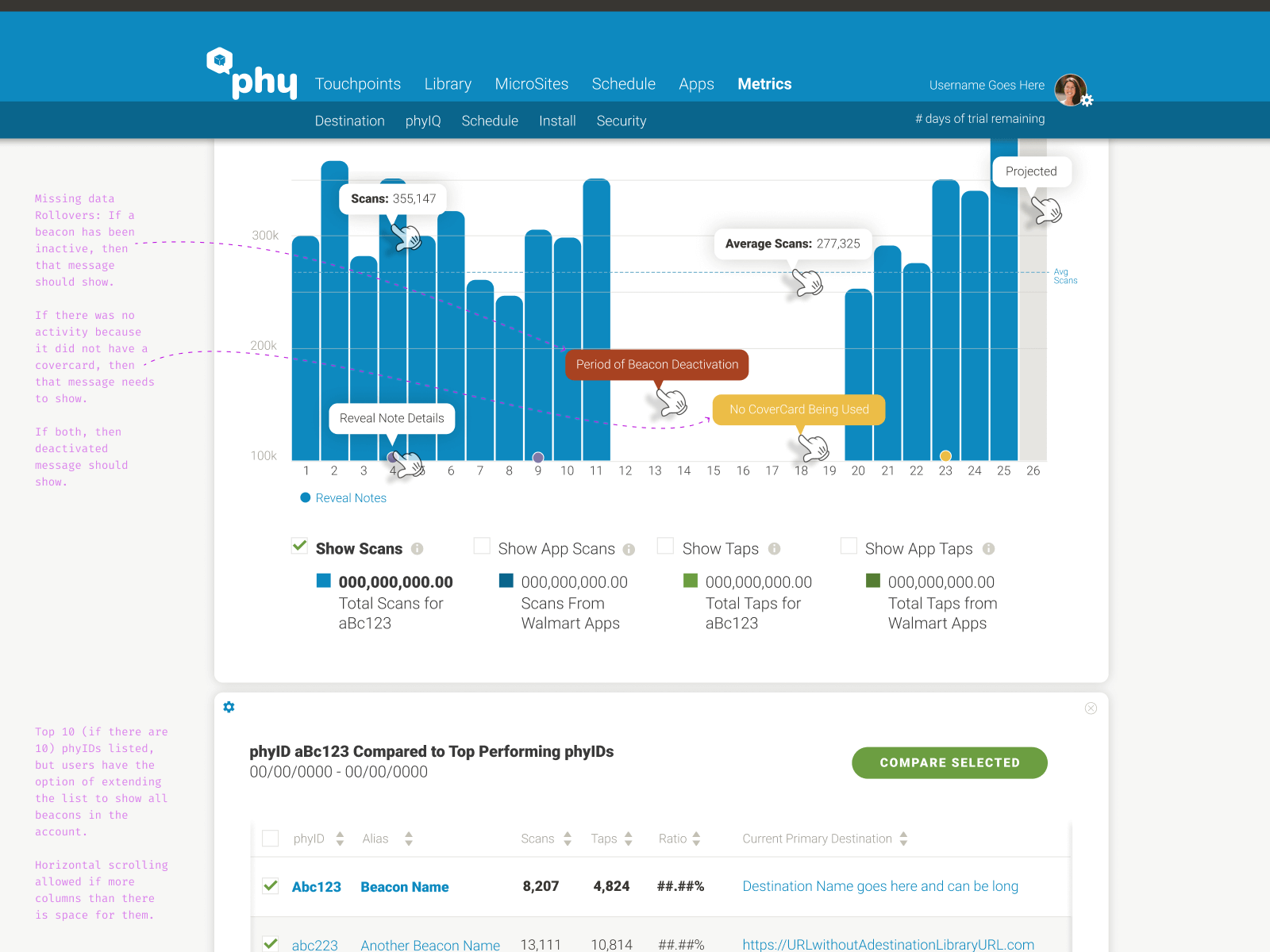 Phy Platform UX - Metrics - Scans
By viewing metrics, administrators could even check the "health" of their touchpoints. In the case of beacons, if scans were missing from the charts, they may deduce that the beacon's batteries needed to be replaced. (We eventually created an alarm that would message the admin in that event.) 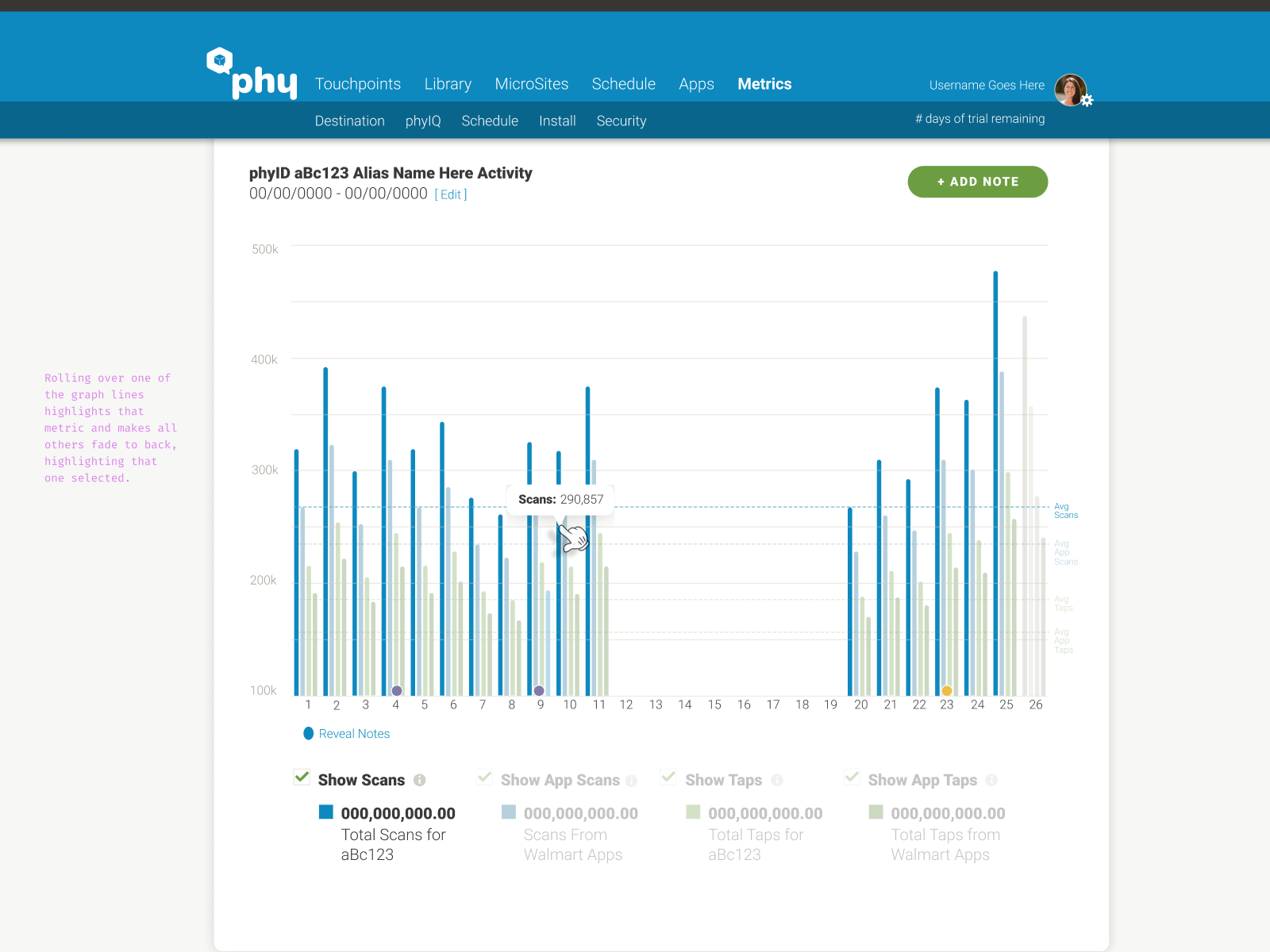 Phy Platform UX - Metrics - Scans Details
‍When metrics became challenging to read because of so much data, I designed new interface tools/filters that allowed administrators to concentrate their views on a single element. 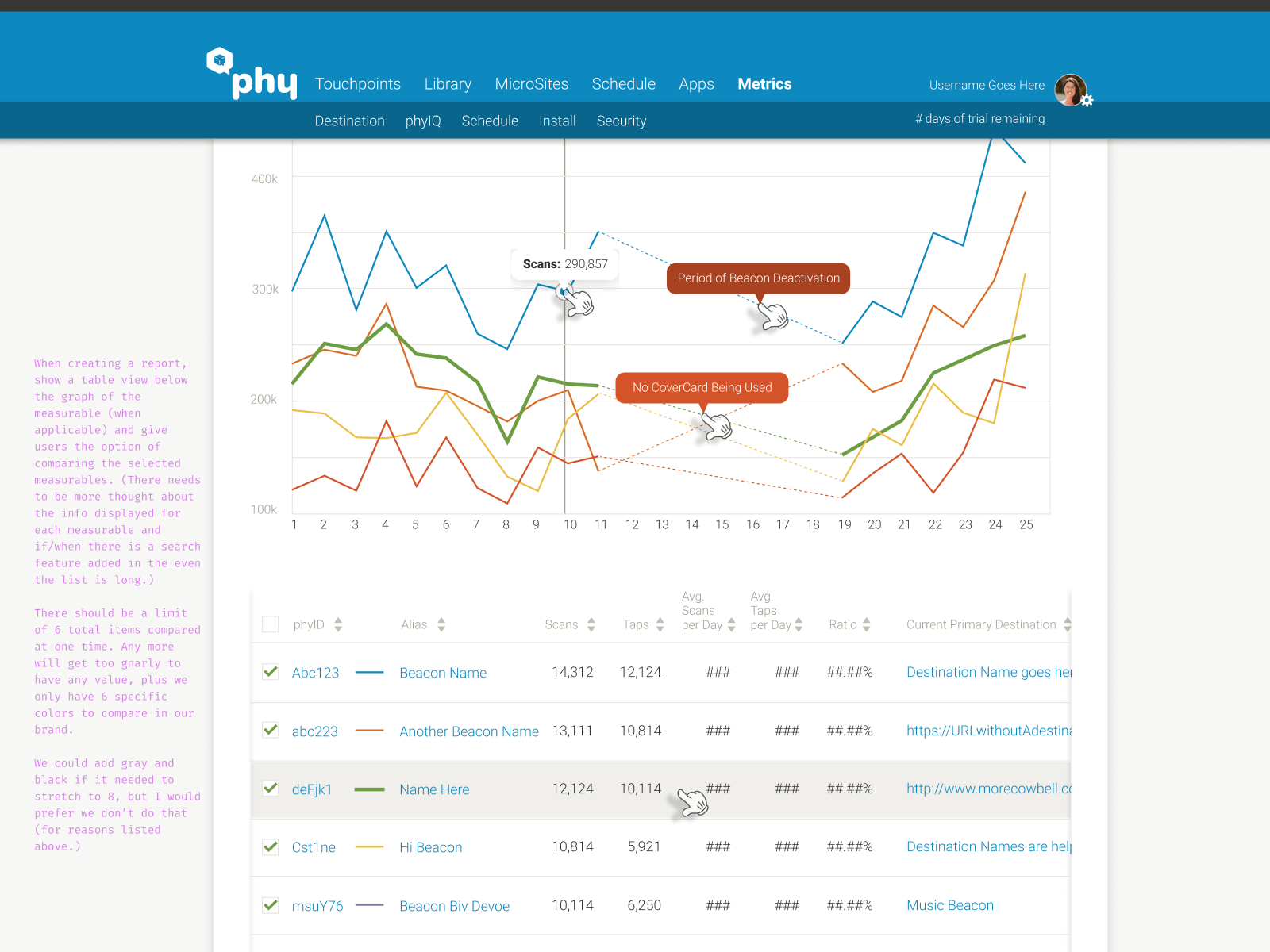 Phy Platform UX - Metrics - Comparisons
‍Scan counts and impressions are nice metrics, but they're just numbers without something to compare to. I designed comparison tools to give context and measures between touchpoints in campaigns. 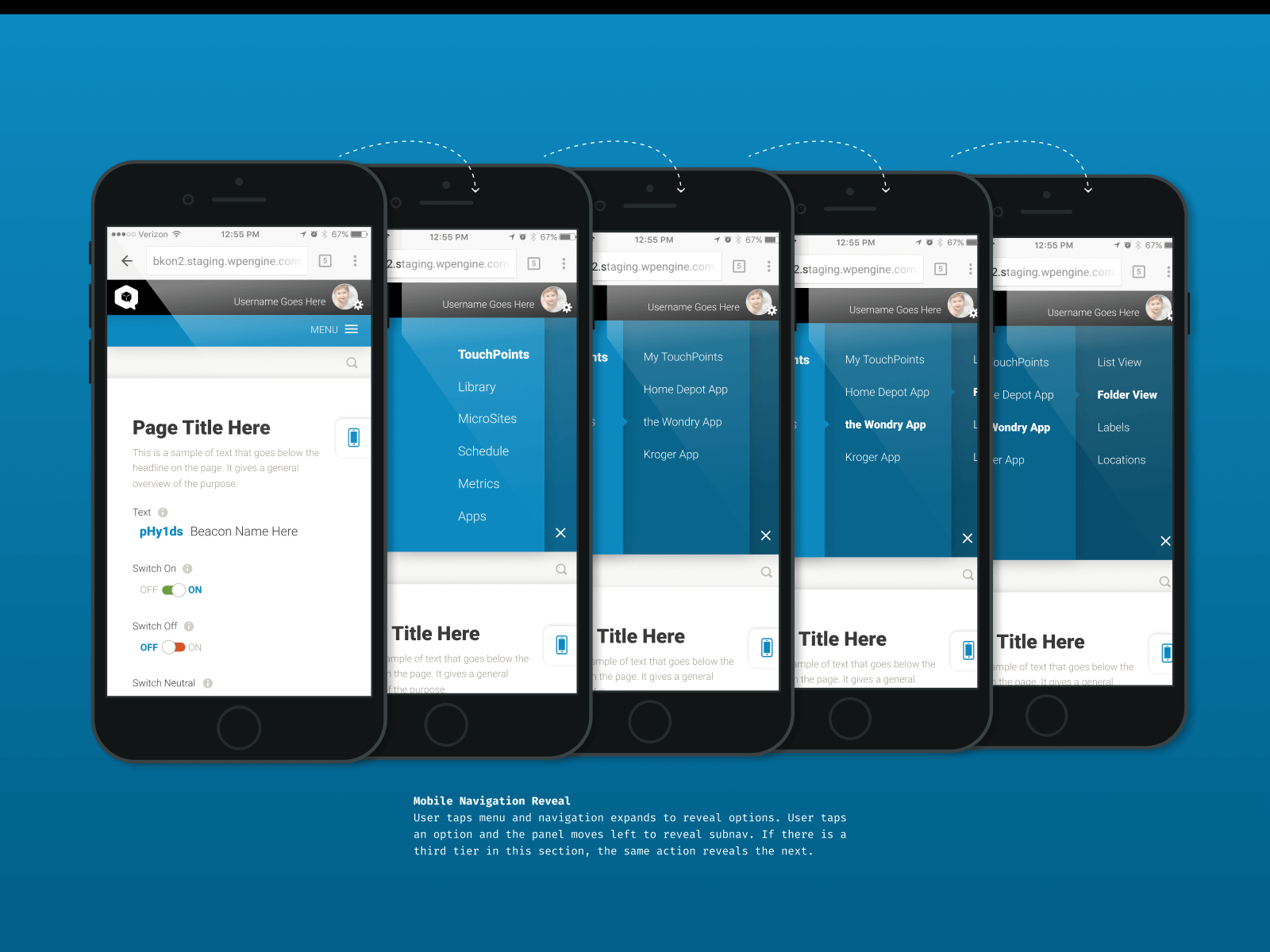