Design an easy to use interface for WNBPA administrators to message individual players, coaches, or customized groups.

The direction given by the Women's National Basketball Players Association (WNBPA) administrators was minimal. They simply said that in-house administrators needed to enter messages, polls, and specific bulletins, then customize groups of players who needed to receive updates. These updates would be delivered to players as active notifications through a WNBPA mobile app.

WNBPA admins needed an easy-to-use interface to message individual players and coaches or broadcast to broadcast emails to customized groups of players, coaches, and vendors.The admin experience had to accommodate easy searches, sorting, and clearly visible feedback for each interaction. (They had been burned by accidental deletions of crucial information in their former platform.)

I led the UX strategy and designed prototypes that were refined with user testing. Knowing the functionality would change as they learned how players would be using the tool, I focused UI design attention on building modular elements and actions on a flexible grid. Using these modular specs as guides, they were intended to build out similar systems for the NBA, NFL, MLB, etc. 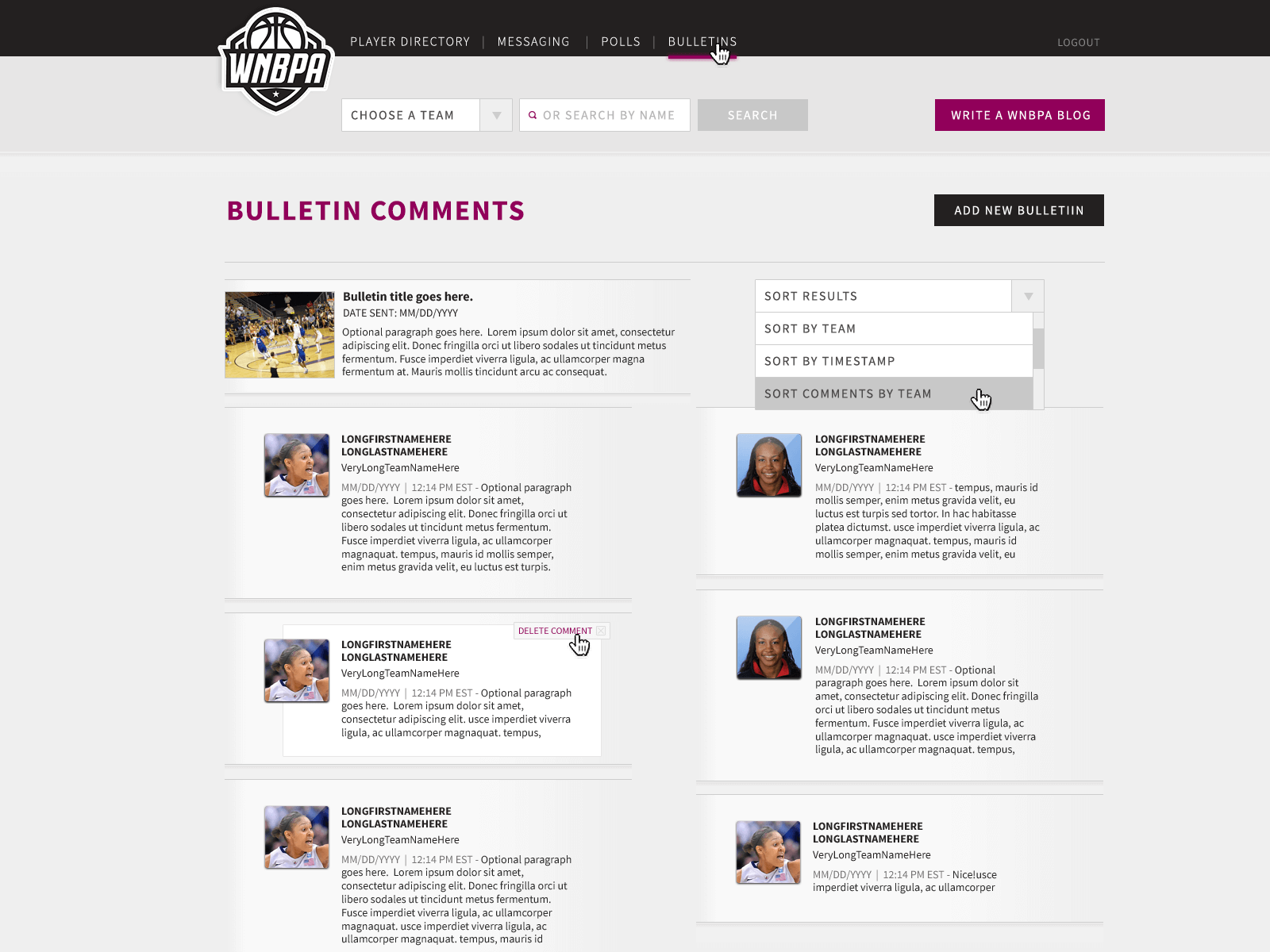 Bulletin Comments
Think of bulletins like a flyer on the fridge in the company breakroom. Only this one is virtual. Bulletins go to everyone. 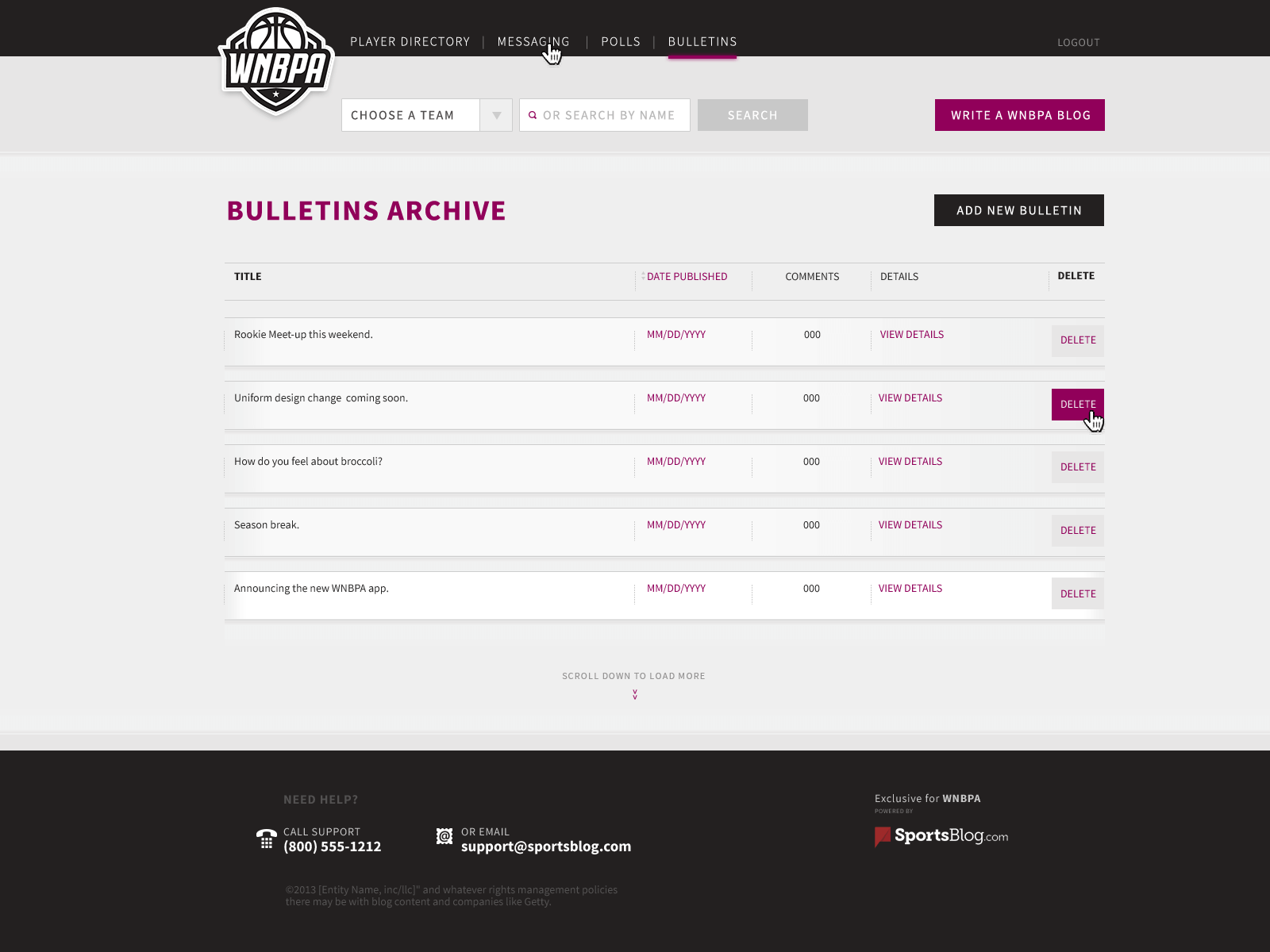 Bulletins Archive
Admins could go back and review old bulletins to see what players saw the bulletins and which ones responded. 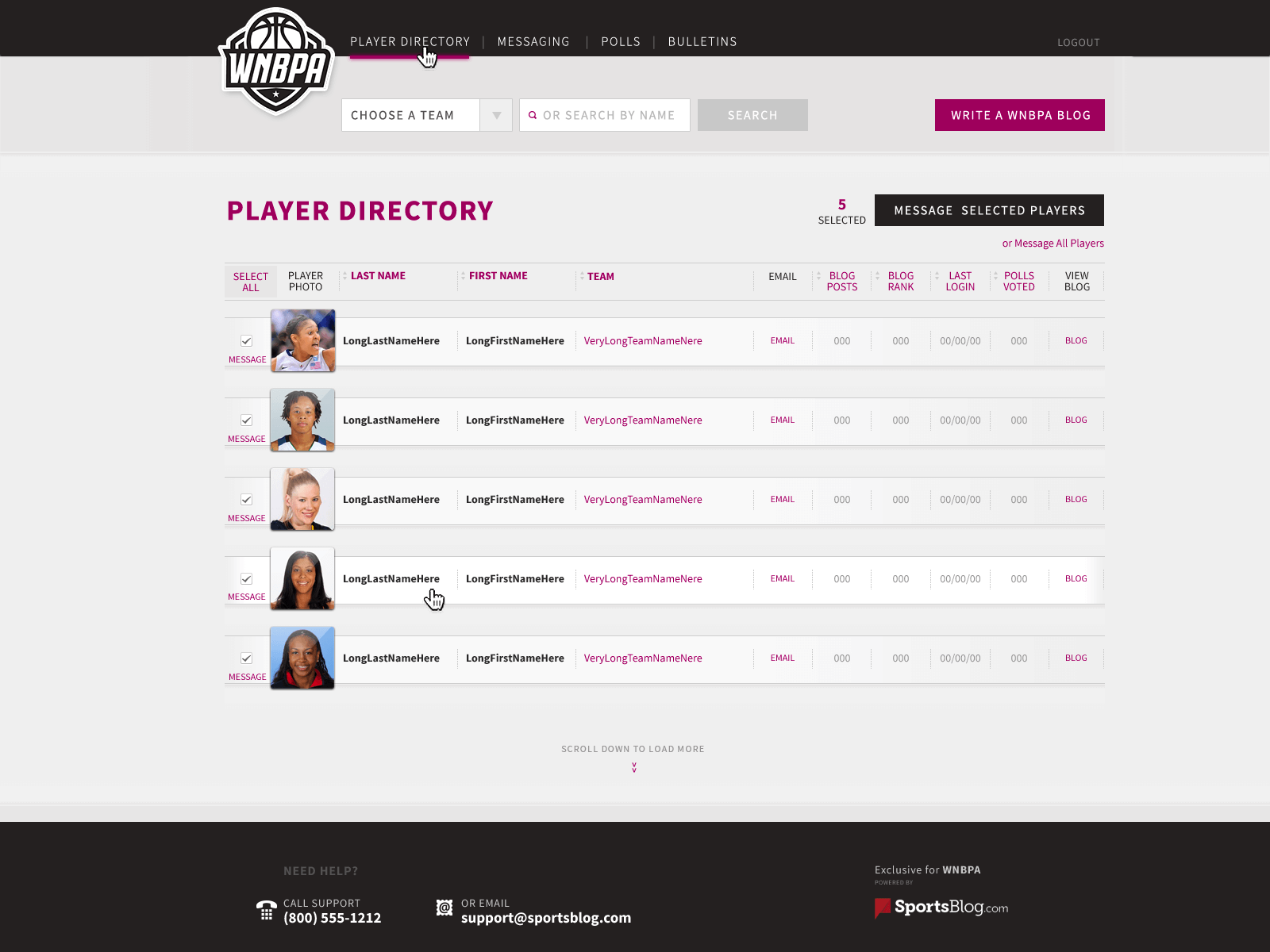 Player Directory
Administrators needed to select individual players and message them through the app or contact them via email. Administrators could also see stats for the SportsBlog activity for each player. 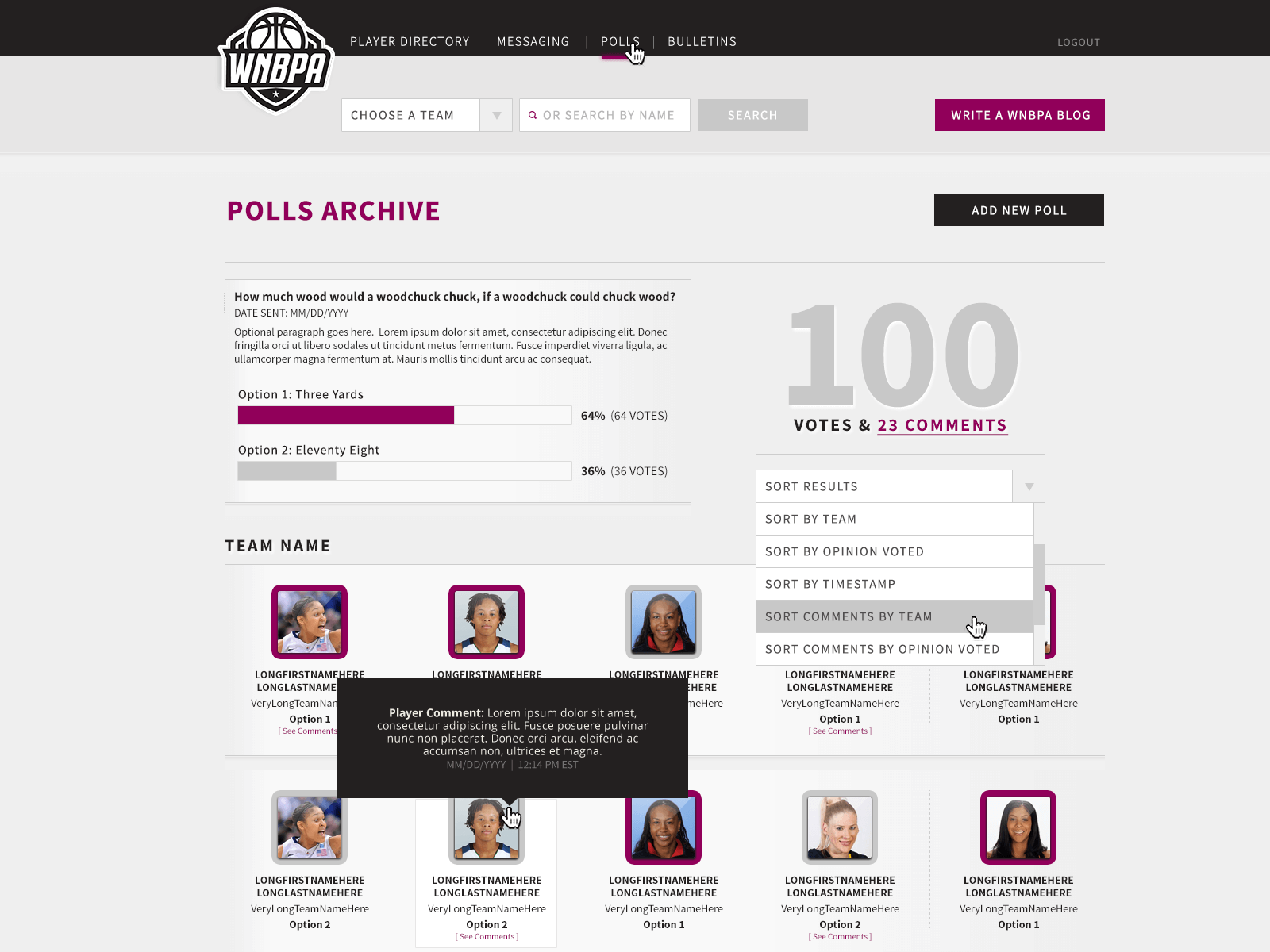 Polls
Polls were the primary driver for this project. By composing and sending quick, interactive questions to players, league administrators could get a pulse on the league's attitude regarding critical initiatives. This dashboard showed the general information collected, as well as player comments about the poll question. This page shows two interface options. The top option shows poll choice only, while the bottom grid also shows comments. Admin users could toggle between the two. 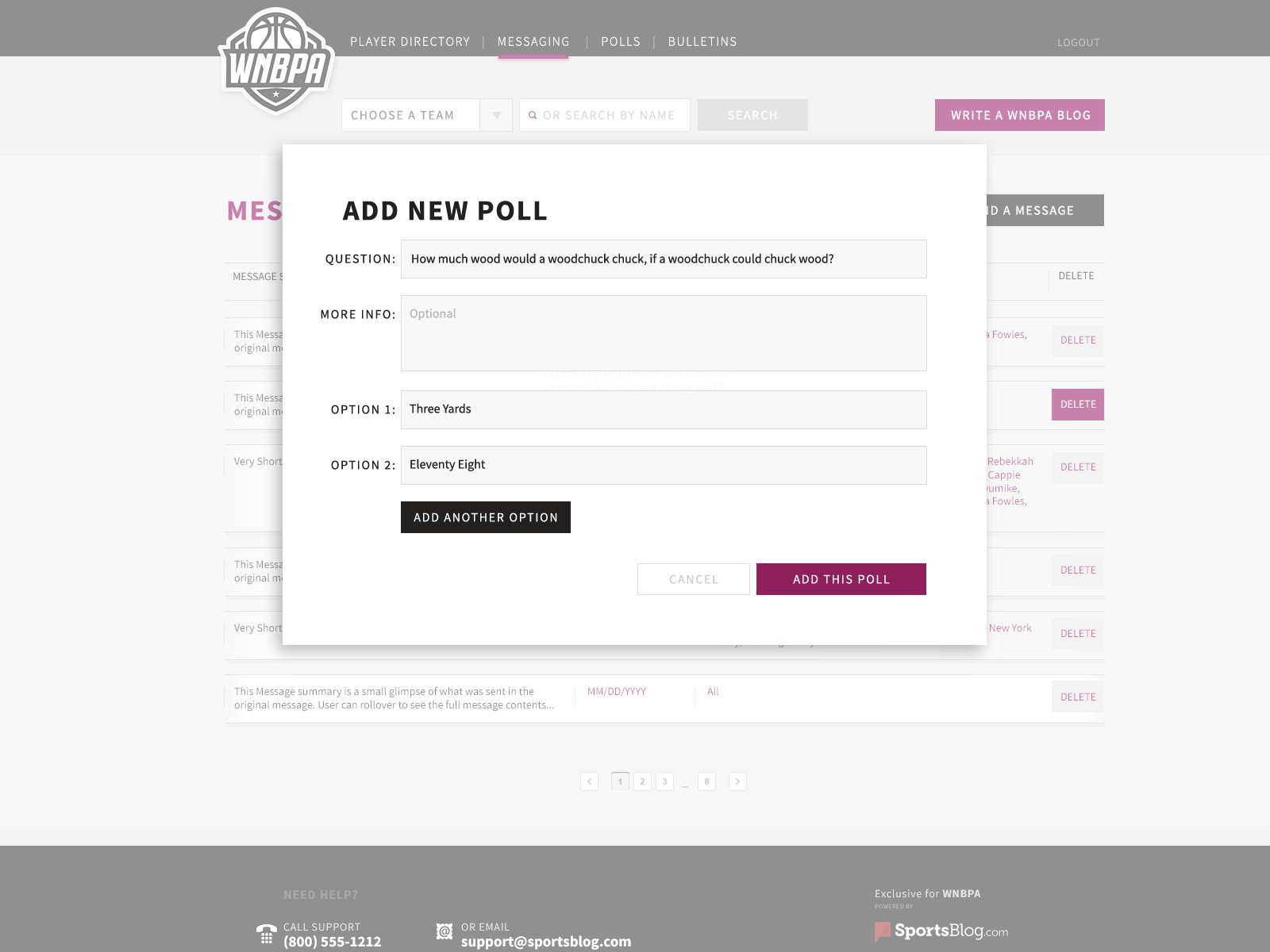 New Polls
Composing new polls had to be fast and foolproof. 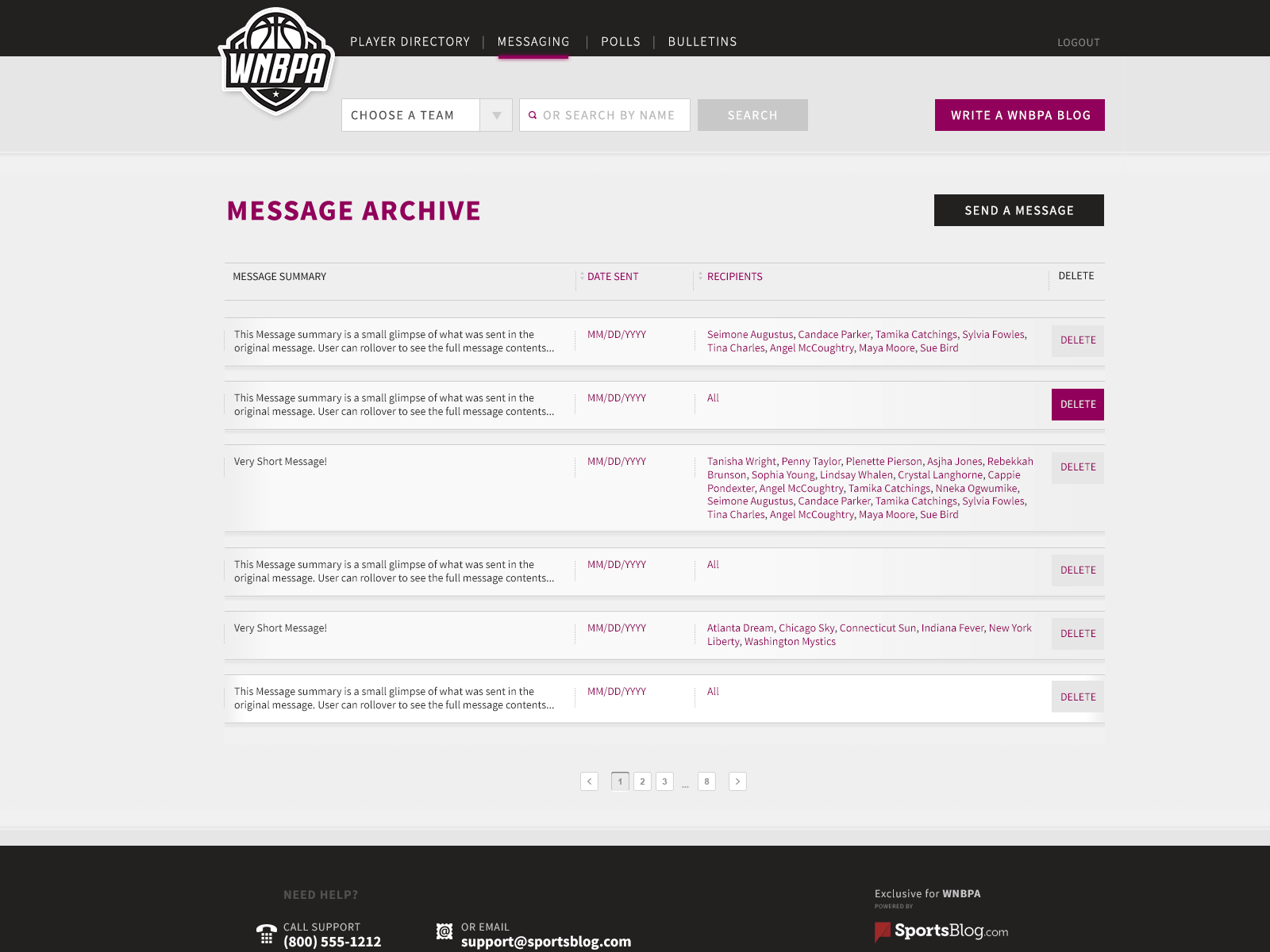 Messages Archive
Every message sent can be reviewed to see who was supposed to receive it. Deeper linking revealed detailed stats with receipts showing messages had been seen by app users. 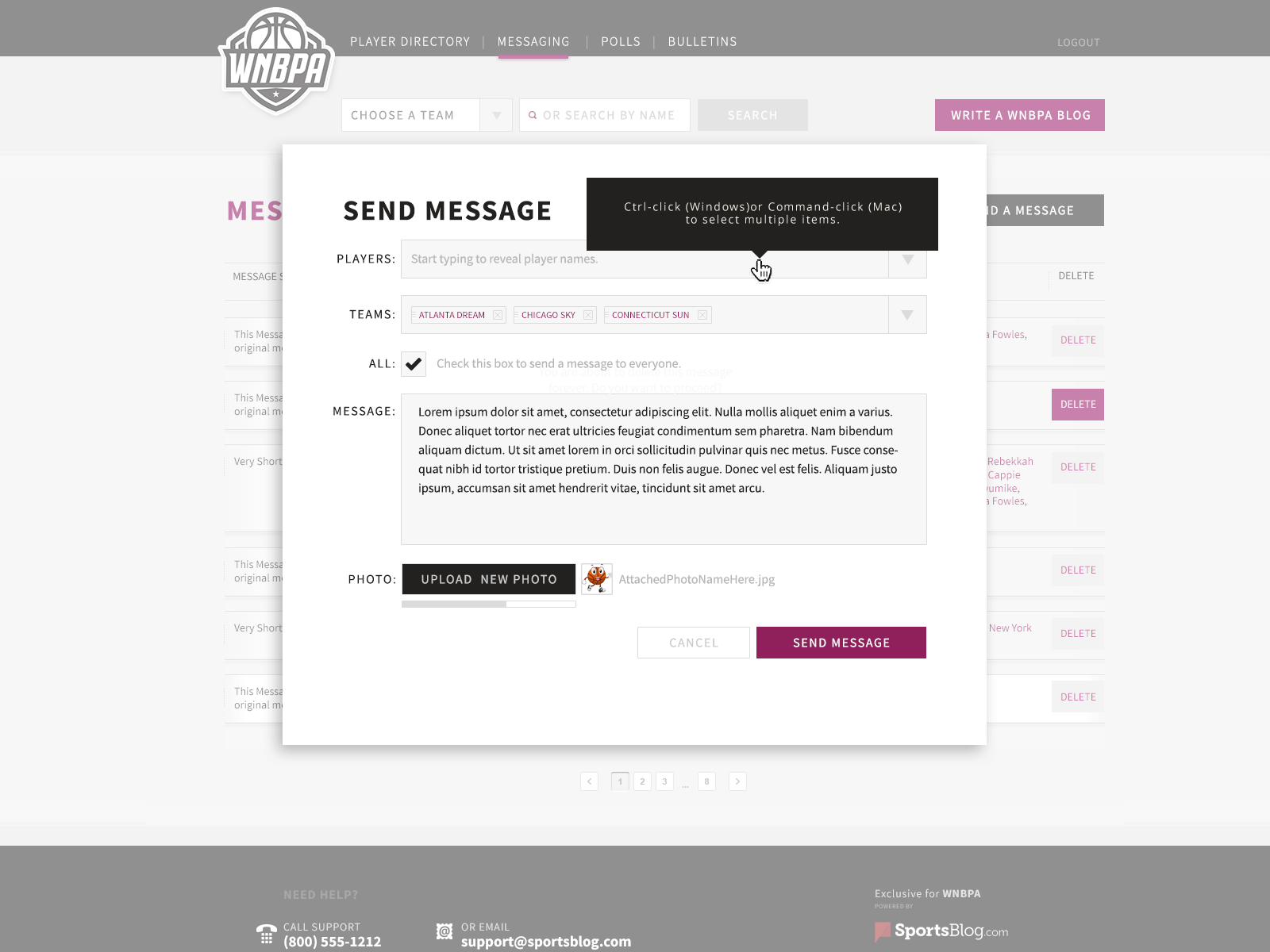 Composing and Sending Messages
‍Messaging modals make it simple to enter team names, individual player names, select from an alphabetical list, or send a message to everyone in the league. 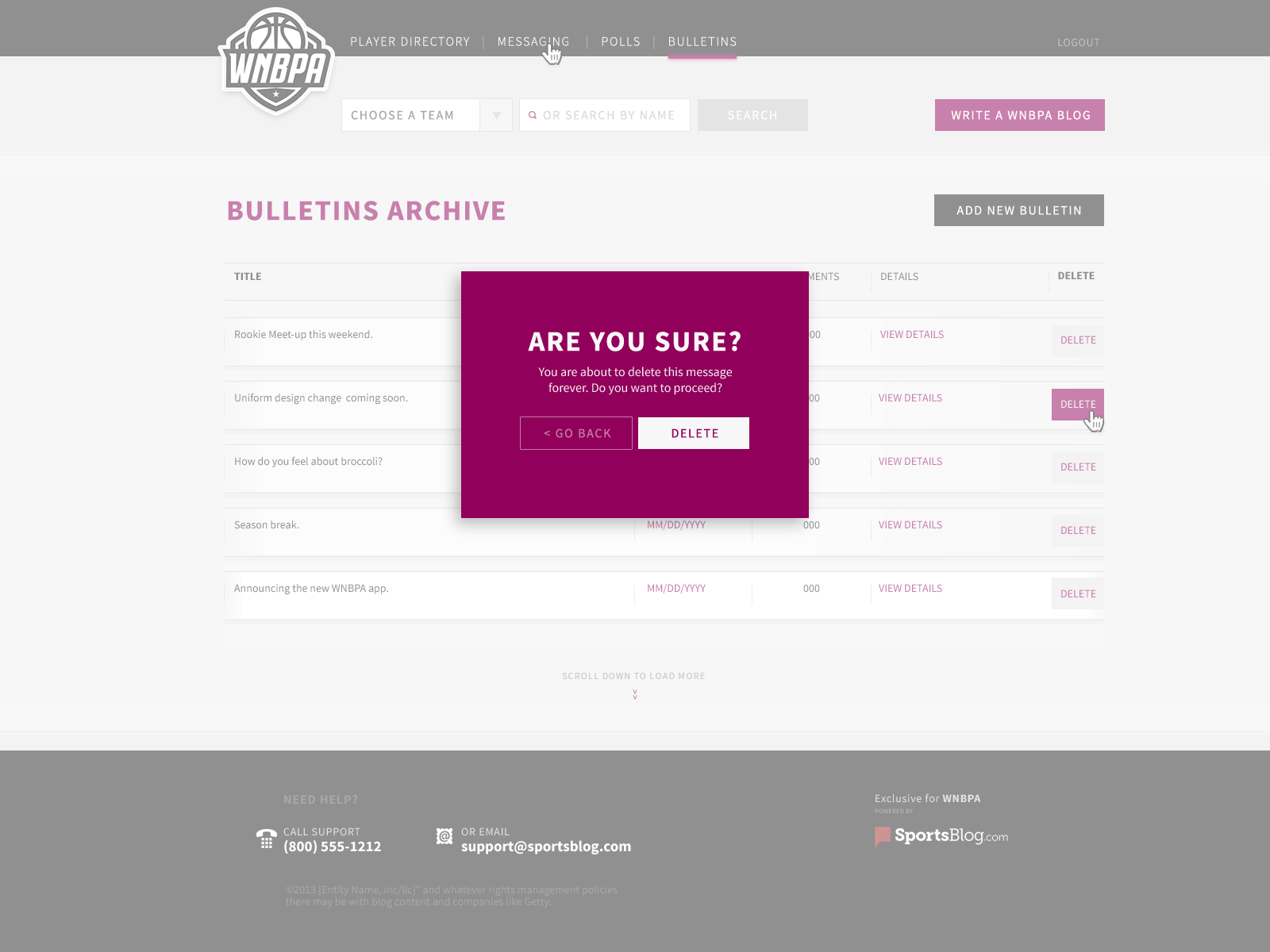 Alerts
‍‍Anytime an administrator is about to delete anything, confirmation is required. These modals make it clear they should reconsider.